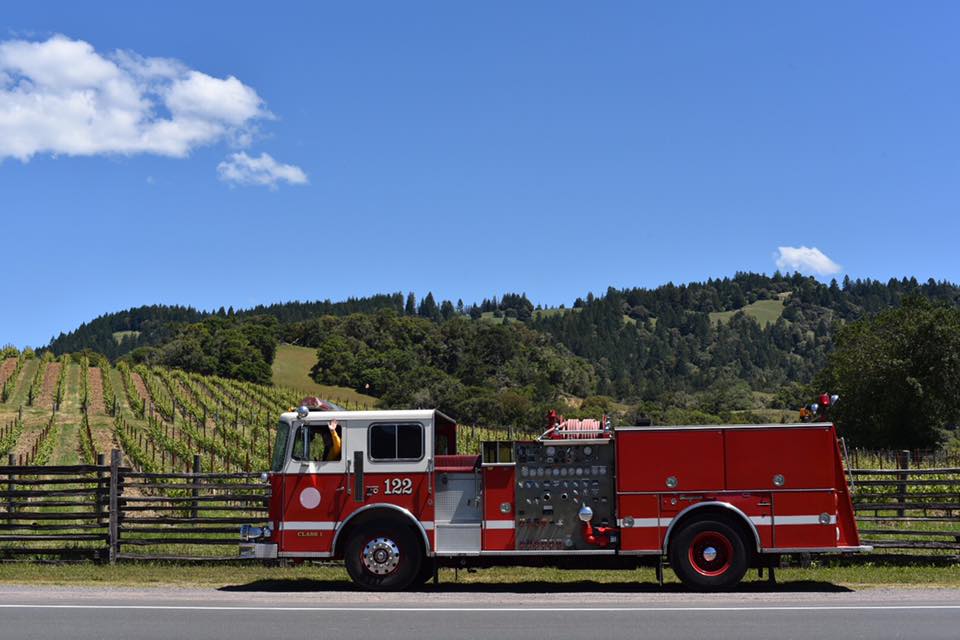 New Series: Getting to Know Our Fire Departments

One of the best parts of the job at Oxgut is getting to know our fire departments – each one with its own heroic past, its own story to tell. And, just radically selfless, amazing people to know! It’s these modest heroes that inspire us, and we’d like to share their stories with you. 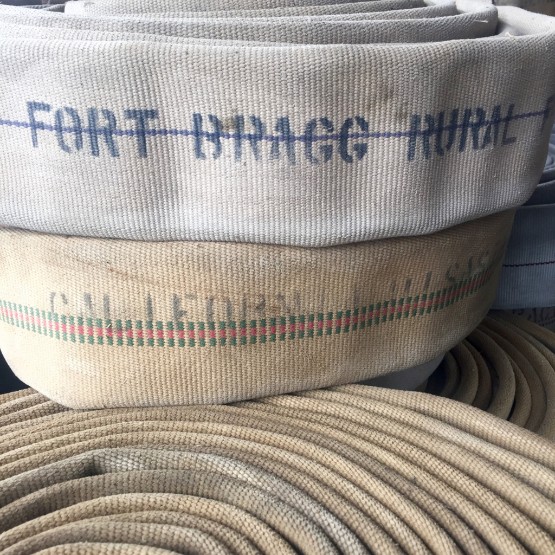 What better department for our inaugural feature on the July 4th weekend than the Albion Littler River Volunteer Fire Department. In 1959, a group of longtime Albion residents decided that a fire department was urgently needed.  There being no governmental body willing or able to help with the formation or equipping of a new fire department, the residents pooled their own resources and purchased a 7-year-old pickup truck and mounted a gasoline-powered pump, a water tank, and a hose reel into its bed. At the same time, they formed an all-volunteer fire department, comprised of about a dozen men.

In those first years, a dozen or so calls per year was the norm.  Today, more than 57 years later, the ALRVFD responds to more than 200 calls per year with 9 trucks housed in 5 stations. However, in principle it remains the same—neighbors helping neighbors. 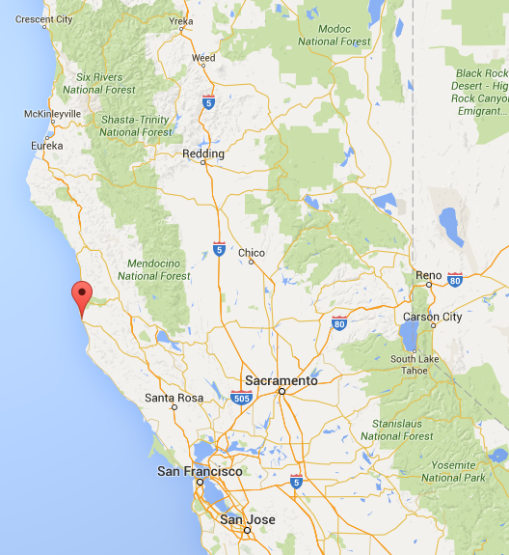 The Volunteer Fire Department is the only emergency agency based within its 44 square mile response area, marked by three ridges, miles of ocean access, two bridges, an airport, state highway, a harbor, and a senior living community. It is thus first to answer all fire, medical aid, and rescue 911 calls.

There are about 2000 permanent residents within the response area and at any given time, there may be double that number of visitors to the area’s numerous inns, restaurants, beaches, and parks. Active membership is usually around 25 firefighters and typically includes men and women of diverse ages and backgrounds, united in this most fundamental task of helping their neighbors and visitors to the area. 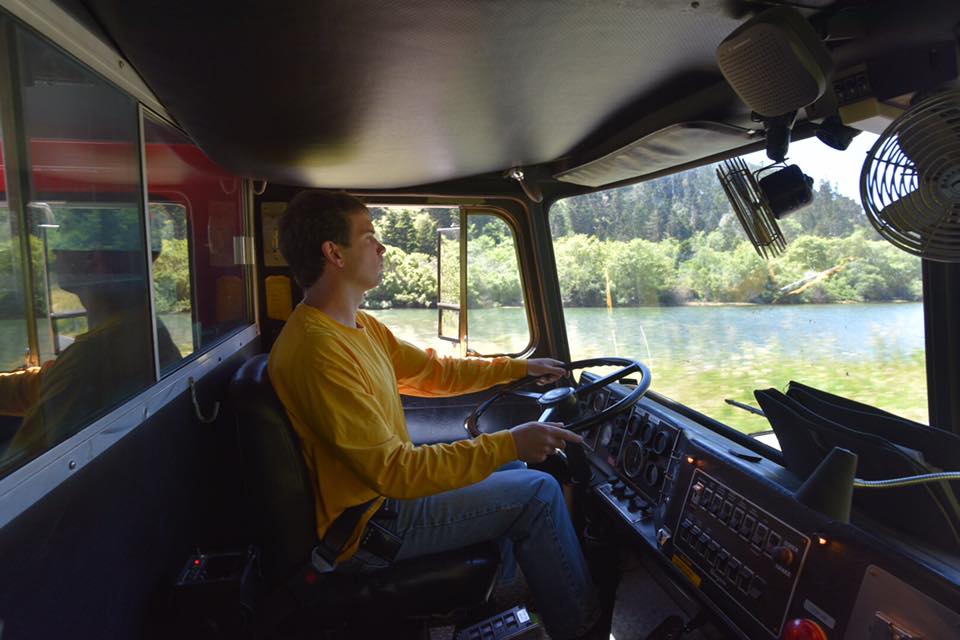 Speaking of fire engines, check out their “new to them” 1989 Seagrave structure engine driven proudly by Albion-Little River Fire Chief Ted Williams. This rig, formerly a workhorse of the Vernon Fire Department, was donated to the district in May 2016. Despite its age, the cost of this used truck would simply “blow your mind”. Coincidentally, this truck was made in Clintonville, WI – home town of Oxgut’s founder and home of the “Clintonville Truckers”! 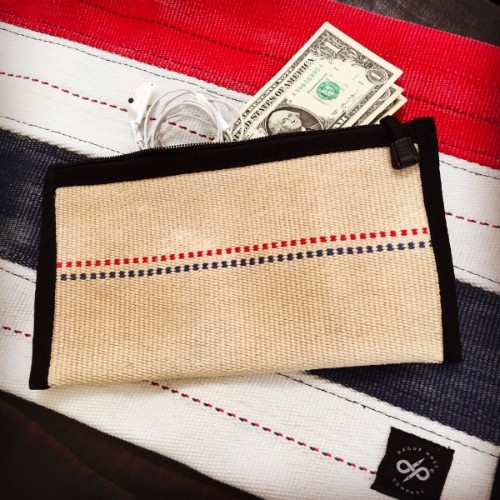 Oxgut’s mission is to rescue decommissioned fire hose, then work locally with talented artisans to give it new life in functional pieces for you and your home. Oxgut gives back to burn foundations benefiting victims of fire, like The Alisa Ann Rush Burn Foundation.

Thanks, as always, for your support!

Have a great holiday weekend!

About the Author: LauraLe Wunsch

In 2011 LauraLe discovered a love of another type of creative collaboration; furniture making and specifically working with makers using reclaimed materials. Falling in love with that creative process and realizing there is a great pool of talented makers in her own area, who struggle to get their work out into the world, largely in part because they don't have a producer to help bring the work together and to light. When a search for a reclaimed fabric eventually led her to a local fire station, LauraLe was introduced to just how many colors fire hose comes in, its inherent characteristics and incredible durability and nostalgia. Upon learning that approximately 90% of this indestructible material ends up in landfill, once it's deemed unsafe safe for fighting fires, LauraLe couldn't put it down. She decided to share this great resource with the local artisans she'd begun to know and collaborate to create exclusive designs with a heroic past.